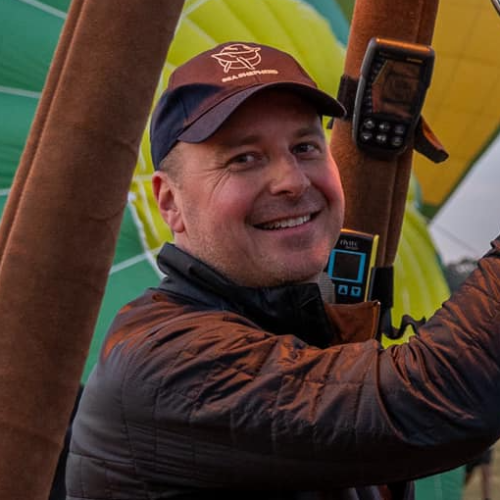 Andrew (Robbo) started ballooning in the late 1970s at the age of four. He obtained his private pilot license in 1994 and his instructor and commercial ratings in the 1996.

Andrew is supported by his super team "Team Robbo" consisting of his wife Kath and son James.

When he is not flying balloons, he is also a keen expedition kayaker, videographer and photographer.